Available for pre-order now. Publication date is May 9th.

Honey Trap is a riveting, action-packed thriller. Readers will devour this look inside sinister Hollywood intrigue and down into the depths of gutter journalism.

Delano's sordid revelations wreck Masterson's wanton movie star life, at the same time turning the ethical journalist into a sleazy tabloid writer who is disgusted by the stench of yellow journalism clinging to his once unblemished career.

Media baron Lord Rothenberg's need to dominate the global audience – and destroy Rachel's love for Delano – leads to his shameful demise. It also triggers death and destruction on the set of a blockbuster movie, the brutal murder of a glamorous top studio executive, and a massacre of Tinseltown glitterati at an Oscars night party.

The players in this violent saga of lust and greed provoke enemies from all sides as Delano struggles to rescue Rachel from her tyrannical father --- after extorting the criminal mogul for millions.

This murderous mayhem plays out on land and sea in the Caribbean, Europe, the Middle East, and South America involving attacks by assassins, terrorists, and drug cartels.

The story begins when foreign correspondent Delano barely escapes from jihadists in Iraq after his savage killing of a sadistic prison guard jihadist who beheads his victims – and Mike writes a book about his experiences.

The gruesome bestseller leads Lord Rothenberg to hire him as a tabloid newspaper editor. But the two men become mortal enemies whose conflict will end only when one of them is dead. 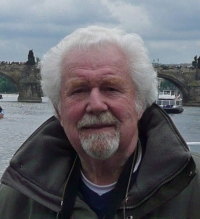 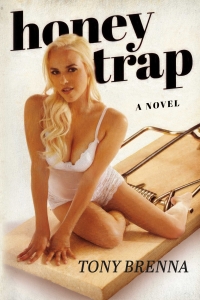